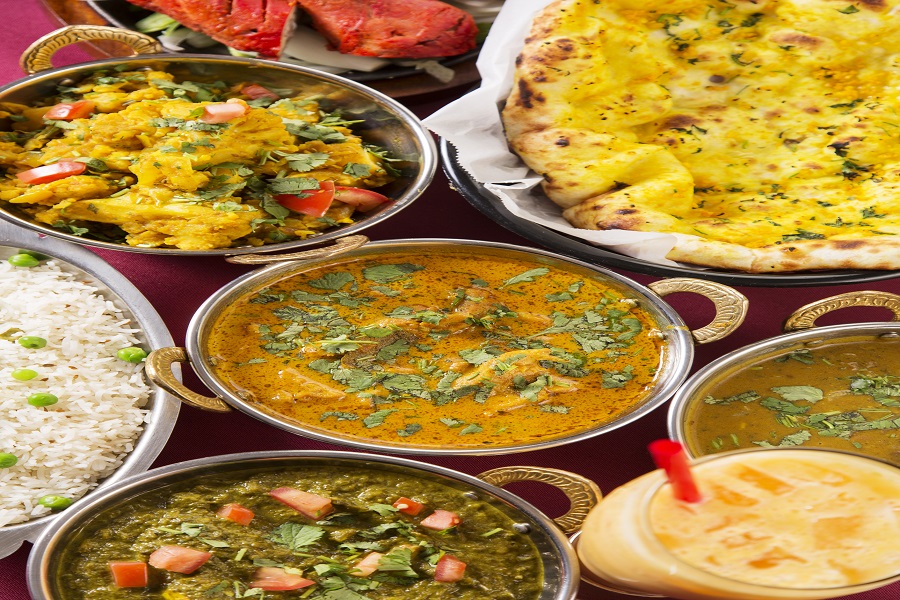 The food from India has rightfully given it the reputation of the “Land of Spices.” No other country on the planet produces as many spices, and when you walk into a Calgary Indian restaurant, you can feel confident of one thing—your taste buds will explode in pleasure. India food culture has six distinct flavours: sweet, sour, spicy, astringent, salty and bitter. Here are some of the must-try dishes at an Indian buffet Calgary restaurant.

You might walk into a Calgary Indian restaurant and mistake this one for a name. In fact, Rogan Josh comes from the majestic valleys of Kashmir. While you might find this on the Indian buffet Calgary list of foods, the origin of Rogan Josh comes from Persia. Rogan means oil, and Josh means intense heat.

Without this classic Punjabi dish, you haven’t experienced a taste of India until you have tried Makki Ki Roti Aur Sarson Ka Saag. This Punjab bread comes from corn flour, and the locals often eat this over the winter season, and it’s common in the rural parts of India. They boil the mustard leaves and the spinach to cook the bread.

Its origins come from the City of Pearls—Hyderabad—and chicken often gets mixed into this Indian food. Eventually, this delicious dish became so popular that it spread across the country, and eventually, its influence extended beyond the country’s borders.

Go to a Calgary Indian Restaurant that Serves Indian Chaat

As far as Indian dishes go, Indian Chaat describes more of the savoury snacks of India. If you have the chance, you shouldn’t hesitate to add this to your Indian food. Some of the tastiest choices include pav-bhaaji, raj kachori, gol gappas, samosa and tikki.

Hopefully, this introduction to Indian cuisine has uplifted your spirits and made you excited to open the doors of the Indian restaurant. You have such a wealth of flavours when it comes to the foods of India.

If you’re ready to enjoy a great meal and try some new dishes, stop by Clay Oven today. Contact us today to book your reservation! 403-250-2161 | clayovencalgary.com.

Last seating for the lunch buffet is 1:30pm

Last seating for the dinner buffet is 8pm

Come In For A Great Time